Flexon Frames can be best described as beautiful, flexible and innovative. The brand prides itself on developing and manufacturing some of the most durable and flexible frames in the industry. Often referred to as the “Bend Me, Shape Me” frames, they have been leading the industry since 1998.

Flexon manufactures some of the most stylish, innovative and fashionable frames that are built to last. Flexon’s designs include semi-rimless rims, full rim and half eye with a regular hinge along with an adjustable nose and temple. These frames are suitable for both men and women; especially those who make tough demands of their optical frames.

Flexon frames are known to last a long time with excellent comfort. They offer the best value along with a selection of shapes and styles for every type of face.

Flexon’s history is rooted in innovation. Using cutting edge material developed since 1961 by a US naval scientist, who was at the time one of the leading researchers for titanium-based alloys which could be used as heat shields for missiles. It was during this time that then founder of Flexon frames discovered that the alloy created, could be folded back into its original shape after it was exposed to heat. That led to many experiments using the material, including hitting it with a hammer. They discovered that regardless of the damage inflicted it would revert to its original shape when exposed to heat.

Later in the 1980s, a group of scientists in Silicon Valley started to experiment with this material called Flexon, to see how well it would work as spectacle frame. All of that research led to the creation of this revolutionary material which is a titanium nickel alloy weighing around 25% less when compared to conventional metals. Flexon Frames are never bent, broken or out of shape because they can easily be brought back to their original shape, a leading reason for their success.

Flexon Frames are some of the best on the market which why there are many imitations. Some of these may look the same but aren’t the same. If you are looking for the real deal, you’ll find it at Top Specs. We are one of the few sellers of original Flexon Frames, a frame that will outlast the competition.

Need help choosing a Flexon Frame or fulfilling a prescription for your glasses? Then contact us today, and our experts will be more than happy to help you. 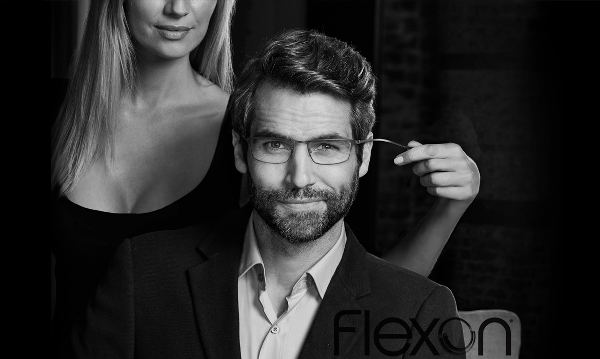